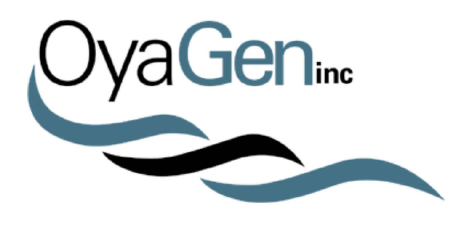 Hope Enabled through the Sentinel Within

The guardians at the city gates were induced deep in sleep as the enemy slipped past and into the heart of the city’s control center. The invader’s blueprint for takeover usurped city resources while city attendants, deceived by the enemy, unwittingly enabled the deadly enemy force to multiply and spread to neighboring city-states by arresting and executing the guardians.

What does this have to do with people living with HIV/AIDS you ask? The narrative is an analogy for the very real battle strategy HIV uses to overcome our natural defense.

The guardian in this case is a protein known at APOBEC3G or A3G. Naturally expressed in white blood cells, A3G serves as a sentinel for invading genetic material such as HIV. It does so as an enzyme produces G to A mutations in the genetic code of HIV. As in the story, HIV strikes the guardian early upon entry and again prior to the release of new viral particles. In infected individuals, A3G is inactive due to its formation of complexes with cellular molecules known as RNA. In this sleeping sentinel state, HIV enters the cell, replicates by reverse transcription, integrates into the host cell chromosomes and uses the viral genetic blueprint to produce new viral genomes and viral proteins for the assembly of new infectious viral particles.

Among the viral proteins produced is viral infectivity factor or Vif. The primary function of Vif is to find and bind to A3G and to trick our cells into destroying the sentinel as if it were cellular waste. In the absence of Vif, scientists around the world have shown that A3G will slip into the viral particle assembly process to become part of newly formed viruses. Analogous to Greeks in the Trojan horse in Homer’s Iliad, A3G is then able to be delivered into the next cell that is infected and strike the virus as it attempts to reverse transcript copies of its genetic material.

It has been of enormous value that research and medical community has learned that experimental HIV strains lacking Vif or naturally HIV isolates with defective Vif are completely suppressed by A3G. Not surprising, there has been much speculated that targeting Vif with antagonists could have remarkable therapeutic benefits. However, others have argued that disabling Vif may not unleash the predicted catastrophic storm of mutations by A3G. And perhaps worse, A3G mutations may only lead the emergence of more drug resistance.

OyaGen, Inc’s is a biotech drug development company whose founder and CEO/CSO Dr. Harold C. Smith, professor of the University of Rochester, School of Medicine and Dentistry in Rochester NY is the first to therapeutic targeting of Vif. He has identified new chemical scaffolds that prevent inhibit HIV replication by blocking Vif-dependent of A3G. While these findings (funded by NIAID) are currently under laboratory conditions they hold great promise for a first in class ARV therapy. In the same time frame OyaGen has aggressively pursued “drugging” the Vif pathway by establishing methods that will identify antagonists of Vif using a total 6 independent drug targets.

Based on Dr. Smith’s early published studies showing that A3G expression varies among individuals, he proposed that A3G activation (preventing the sentinel from being put to sleep) is key to any strategy involving Vif antagonists. A3G activators would enable a maximum and preemptive strike to HIV infection. Funded through the Bill and Melinda Gates Grand Challenges in Exploration mechanism, the Smith lab at the University of Rochester established the methods to find compounds that liberate A3G from the confining RNA while preserving the ability of A3G to inhibit viral replication. OyaGen’s drug discovery program is developing these compounds and show under laboratory conditions that pretreating cells actually prevented infection. When combined with Vif antagonist, A3G activators have an additive knockdown of HIV infection that enables lower doses of both treatments to be effective
.

The key understanding for our new approach is that OyaGen seeks to enable a preexisting and natural host defense mechanism. Targeting Vif with antagonists is about enabling A3G. Activating A3G ensures that everyone can capitalize on their maximum antiviral potential. Considering that A3G is a human cellular protein whose mutability is far less likely than that of an HIV protein, the new strategy of enabling A3G will have long term treatment efficacy. A3G targeting of the viral genetic code is a therapeutic approach the likes of which the virus is unlikely to be able to skirt around. The exciting opportunity in OyaGen’s therapeutic approach is the great promise it holds for salvage and rescue therapy strategies. Considering all of the ramifications, OyaGen’s approach offers new hope that enabling the sentinel may be a path to a cure.

OyaGen will complete its preclinical studies on the Vif antagonist and A3G activator within the next two years and anticipates testing its compounds through the ACTG shortly thereafter. Please visit www.oyageninc.com for more details.